There are many things you can do with grapes; one which is good fun, but not something I condone doing of course, is to put it in the microwave.

It is not just a case of cooking it whole, no, rather you cut it carefully from top to bottom, but leaving a small piece of skin attaching the two halves (as below).

When placed in the oven, a small antenna is made which captures the microwave energy very well and the highest current flow is at the little join between the halves.

Just make sure you try it in someone else's oven. 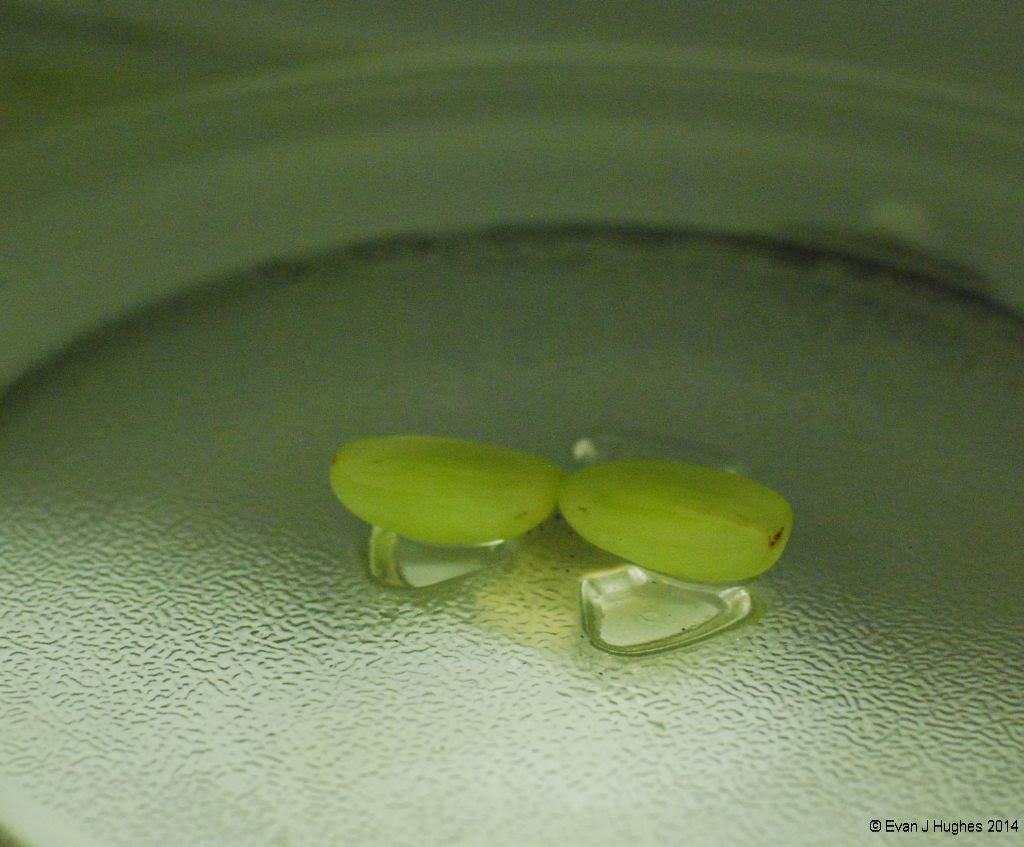 A mad fool at heart; a sculptor who does photography and printing too. The day job used to interfere with hobbies, but now it has to compete for time (but still pay for them!)

Other Places to Visit